A new KiLLERRR is coming!

I’m very happy to present you the 4th release on KiLLERR Records. The debut single “Uncomplicated” of the Turbo Twin Brothers Dualesque.

The single is set to be released the 27 December exclusively on Beatport and the 10. January 2014 in all the other stores, accompanied with remixes from David Carretta (Space Factory, Gigolo Records), Electrosexual (Killerrrec) and Kalif (L.U.X.). And in addition a piano version with a children’s choir.

To celebrate this release they will set FLUXBAU Berlin on fire with a fistful of KILLERRREC Artists and friends on the 21st of December. 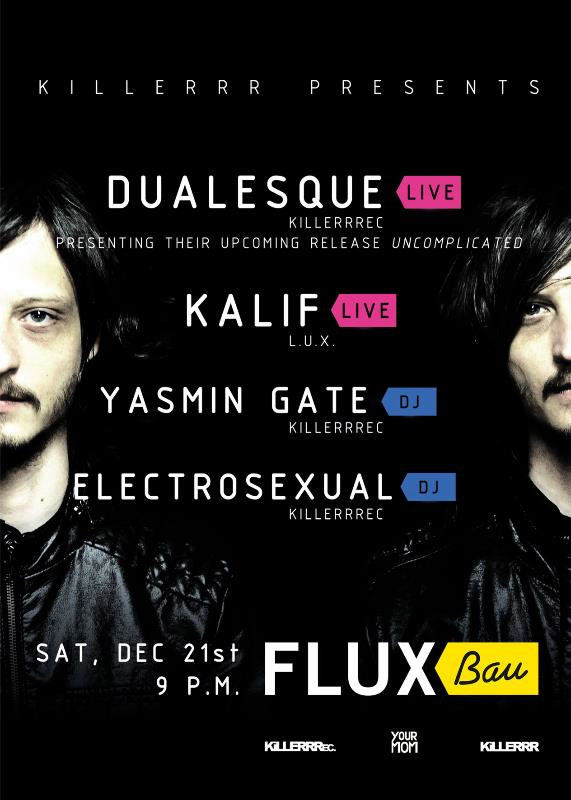 YASMIN GATE – DJ Set
Artist and partner of Killerrrec, Yasmin Gate recently released her club bomb “Spinning Around” which reached the top ten of the DJ MAG Spain charts. As a dj she is not afraid to mix electro tracks with darker techno or fresh house. So bring your dancing shoes!
https://www.facebook.com/yasmingate