Kanye West feat. Bon Iver, Jay Z, Rick Ross and Nicki Minaj kickin’ some monster Raps and try to shock us with a very morbid video, directed by Jake Nava. It’s too obscene for MTV and other Music Channels, so they banned it from the screen. Nicki Minaj verse is by far the best part of the song and it makes a lot fun to watch her double role as black Dominatrix and on the other side as pink haired Barbydoll. Not only the video is hot like hell, there are also some good remixes on the Interweb. The lesson is clear . . . George A. Romero would love it! 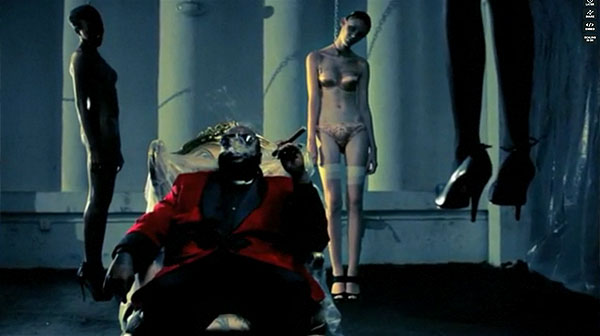 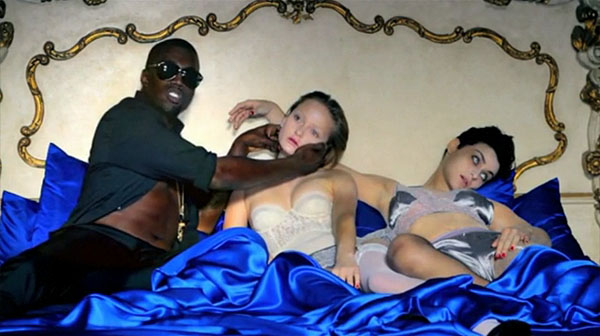 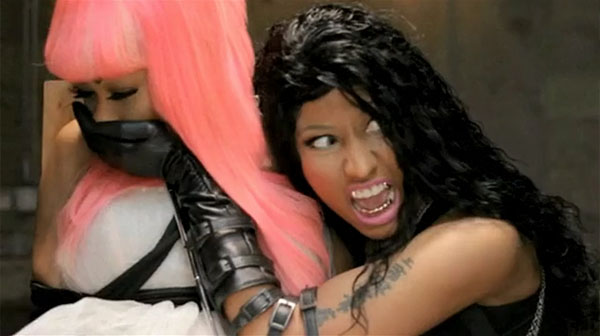 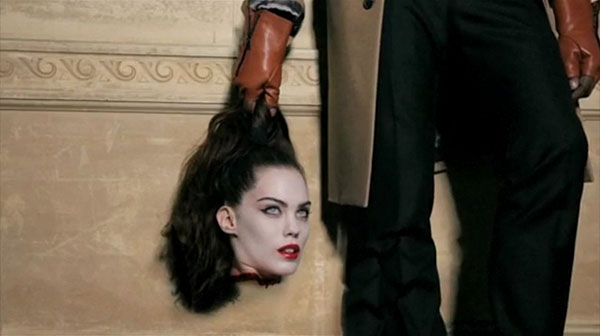 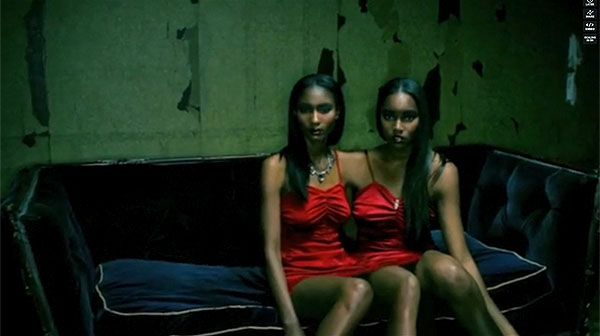 I shoot the lights out
Hide til its bright out
Whoa, just another lonely night
Are you willing to sacrifice your life?

Bitch I’m a monster no good blood sucker
fat muthaf-cker now look who’s in trouble
as you run through my jungle all you hear is rumbles
Kanye West sample, here’s one for example

Sasquatch, Godzilla, King Kong
Lochness, Goblin, Ghoul, a zombie with no conscience
question what do all these things have in common
everybody knows I’m a muthaf-cking monster
conquer, stomp ya, stop your silly nonsense
none of you n-ggas know where the swamp is
none of you n-ggas have seen the carnage that I’ve seen
I still here fiends scream in my dream
murder murder in black convertibles
I kill a block I murder avenues
rape and pillage a village, women and children
everybody wanna know what my achilles heel is
LOVE I dont get enough of it
all I get is these vampires and blood suckers
all I see is these n-ggas I’ve made millionnaires
milling about, spilling there feelings in the air (shot at Beanie?)
all I see is these fake f-cks with no fangs
tryna draw blood with my ice cold veins
I smell a massacre
seems to be the only way to back you bastards up

Pull up in the monster
automobile gangster
with a bad b-tch that came from Sri Lanka
yeah I’m in that Tonka, colour of Willy Wonka
you could be the King but watch the Queen conquer
ok first things first I’ll eat your brains
then I’mma start rocking gold teeth and fangs
cause that’s what a muthaf-cking monster do
hairdresser from Milan, thats the monster do
monster Giuseppe heel that’s the monster shoe
Young Money is the roster and the monster crew
and I’m all up all up all up in the bank with the funny face
and if I’m fake I aint notice cause my money aint
let me get this straight wait I’m the rookie
but my features and my shows ten times your pay?
50k for a verse, no album out!
yeah my money’s so tall that my barbie’s gotta climb it
hotter than a middle eastern climate
find it Tony Matterhorn dutty wine it
while it, nicki on them titties when I sign it
how these n-ggas so one-track minded
but really really I don’t give a F-U-C-K
forget barbie f-ck nicki she’s fake
she’s on a diet but my pockets eating cheese cake
and I’ll say bride of Chucky is Child’s play
just killed another career it’s a mild day
besides ‘Ye they can’t stand besides me
I think me, you and Am [Amber Rose] should menage friday
pink wig thick ass give em whip lash
I think big get cash make em blink fast
now look at what you just saw I think this is what you live for
aaaahhh, I’m a muthaf-cking monster!